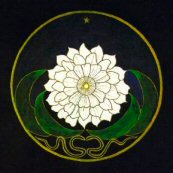 The New Atlantis has a wonderful article giving an in-depth biography of Carl Jung, perhaps one of the most interesting, infuriating and brilliant thinkers in the history of psychology.

Variously a pioneering experimental psychologist, a depth-analyst, an asylum psychiatrist and a man submerged in his own psychosis, he had a massive influence on both our understanding of the mind and 20th century culture.

…Jung never slackened in his pursuit of the ultimate — both ultimate good and ultimate evil, which he tended to find inseparable. He was frequently off in the empyrean or down in the bowels of hell, consorting with gods and demons as ordinary men do with family and friends. Few persons conducted such conversations, and most of them were inmates of lunatic asylums. For a time the thought that he might be insane terrified him.

The fear dissipated, however, as he became convinced that his visions were genuinely revelatory and belonged to the primordial psychic reality that all men have in common: the collective unconscious, he called it. Poets and such may get away with beliefs like these, for their madness is pretty well taken for granted, but it was a most unorthodox way for an esteemed psychiatrist to think.

Jung is also probably one of the most misunderstood figures in psychology, largely owing to his tendency to swing between science, poetic genius and outright flakery.

The New Atlantis article is a fantastic exploration of the man and his ideas and one of the best short introductions you could find. Well, as short as you could get with Carl Jung.

12 thoughts on “Shifting between the worlds of Carl Jung”