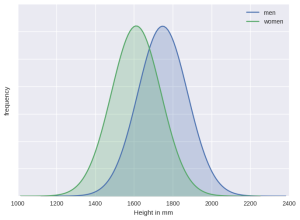 A talk I gave titled “Debating Sex Differences in Cognition: We Can Do Better” now has a home on the web.

The pages align a rough transcript of the talk with the slides, for your browsing pleasure.

Mindhacks.com readers will recognise many of the slides, which started their lives as blog posts. The full series is linked from this first post: Gender brain blogging. The whole thing came about because I was teaching a graduate discussion class on Cordelia Fine’s book, and then Andrew over at psychsciencenotes invited me to give a talk about it.

Here’s a bit from the introduction:

I love Fine’s book. I think of it as a sort of Bad Science but for sex differences research. Part of my argument in this talk is that Fine’s book, and reactions to it, can show us something important about how psychology is conducted and interpreted. The book has flaws, and some people hate it, and those things too are part of the story about the state of psychological research. 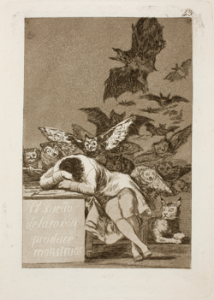 The backfire effect is when correcting misinformation hardens, rather than corrects, someone’s mistaken belief. It’s a relative of so called ‘attitude polarisation’ whereby people’s views on politically controversial topics can get more, not less, extreme when they are exposed to counter-arguments.

The finding that misperception are hard to correct is not new – it fits with research on the tenacity of beliefs and the difficulty of debunking.

The backfire effect appears to give an extra spin on this. If backfire effects hold, then correcting fake news can be worse than useless – the correction could reinforce the misinformation in people’s minds. This is what Brendan Nyhan and Jason Reifler warned about in a 2010 paper ‘When Corrections Fail: The Persistence of Political Misperceptions’.

Now, work by Tom Wood and Ethan Porter suggests that backfire effects may not be common or reliable. Reporting in their ‘The Elusive Backfire Effect: Mass Attitudes’ Steadfast Factual Adherence’ they exposed over 10,000 mechanical turk participants, over 5 experiments and 52 different topics, to misleading statements from American politicians from both of the two main parties. Across all statements, and all experiments, they found that showing people corrections moved their beliefs away from the false information. There was an effect of the match between the ideology of the participant and of the politician, but it wasn’t large:

Among liberals, 85% of issues saw a significant factual response to correction, among moderates, 96% of issues, and among conservatives, 83% of issues. No backfire was observed for any issue, among any ideological cohort

All in all, this suggests, in their words, that ‘The backfire effect is far less prevalent than existing research would indicate’. Far from being counter-productive, corrections work. Part of the power of this new study is that it uses the same materials and participants as the 2010 paper reporting backfire effects – statements about US politics and US citizens. Although the numbers mean the new study in convincing, it doesn’t show the backfire effect will never occur, especially for different attitudes in different contexts or nations.

So, don’t give up on fact checking just yet – people are more more reasonable about their beliefs than the backfire suggests.

The news is also good in a related experiment on fake news by the same team: Sex Trafficking, Russian Infiltration, Birth Certificates, and Pedophilia: A Survey Experiment Correcting Fake News. Regardless of ideology or content of fake news, people were responsive to corrections.

Read more about the psychology of responsiveness to argument in my ‘For argument’s sake: evidence that reason can change minds’.

Let’s define it this way: reproducibility is when your experiment or data analysis can be reliably repeated. It isn’t replicability, which we can define as reproducing an experiment and subsequent analysis and getting qualitatively similar results with the new data. (These aren’t universally accepted definitions, but they are common, and enough to get us started).

Reproducibility is a bedrock of science – we all know that our methods section should contain enough detail to allow an independent researcher to repeat our experiment. With the increasing use of computational methods in psychology, there’s increasing need – and increasing ability – for us to share more than just a description of our experiment or analysis.

Equally important is making your analysis reproducible. You’d think that with the same data, another person – or even you in the future – would get the same results. Not so! Most analyses include thousands of small choices. A mis-step in any of these small choices – lost participants, copy/paste errors, mis-labeled cases, unclear exclusion criteria – can derail an analysis, meaning you get different results each time (and different results from what you’ve published).

Fortunately a solution is at hand! You need to use analysis software that allows you to write a script to convert your raw data into your final output. That means no more Excel sheets (no history of what you’ve done = very bad – don’t be these guys) and no more point-and-click SPSS analysis.

Bottom line: You must script your analysis – trust me on this one

You need to share and document your data and your analysis code. All this is harder work than just writing down the final result of an analysis once you’ve managed to obtain it, but it makes for more robust analysis, and allows someone else to reproduce your analysis easily in the future.

The most likely beneficiary is you – you most likely collaborator in the future is Past You, and Past You doesn’t answer email. Every analysis I’ve ever done I’ve had to repeat, sometimes years later. It saves time in the long run to invest in making a reproducible analysis first time around.

Nick Barnes: Publish your computer code: it is good enough