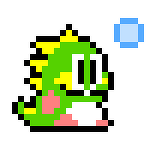 Yes, Zimbardo has a theory which says that masculinity is being damaged by computer games, the internet, and pornography without an adequate plot line. A key solution: dancing. He’s done a cracking interview in The Guardian which I thoroughly recommend if you are still waiting for your Ritalin to kick in.

Not really thinking? There’s a man who’s never played Bubble Bobble. And finally some sense in the video game debate. Hang up your coat Anita Sarkeesian.

And pornography? “The relative proportions are hard to come by. But for girls, it’s just boring. In general, sex has always been linked with romance for girls – much more than for boys. For boys it’s always been much more visual and physical…”

“With the old pornography there were typically stories. There was a movie, like Deep Throat, and in the course of some interesting theme people were having sex. Now it’s only about physical sexual contact.”

Oh my God! The washing machine has broken in the cheerleaders’ apartment. Now they’ll never get to the game. [Ding Dong] Wait, who could this be?

“It’s always been difficult for boys to talk to girls because you are never sure what they want or what their agenda is. And now without trying or practice it becomes more and more difficult. So it’s a reason to retreat into this virtual world.”

Phil, I know their agenda. They want quality plumbing without having to pay in cash.

I never thought that when I was 15. It’s been adult life that has made the 30 minute mark seem like an impossible dream.

Indeed, he argues that schools are increasingly ill-suited to boys’ needs – another reason for their retreat into cyberspace. In the US, he says, 90% of elementary school teachers are women, while in the UK one in five teachers is a man. “Female teachers can be wonderful but they model skills that girls are good at – fine motor tuning rather than big physical activity. They don’t like boys running around. And, with funding shortages, they’re eliminating gym classes so boys don’t have the time to do physical activity.” He cites schoolchildren being assigned to write diaries as a compositional task. “Boys don’t write diaries! The worst thing I can imagine giving a boy as a present is a diary.”

Fair point, just look at what happened to Adrian Mole.

All genuinely helpful suggestions and then..

My favourite suggestion is that boys learn to dance. “It’s the easiest thing in the world,”

We’re British Phil. WE ARE BRITISH MALES. We look like two legged donkeys drunk on alcopops when we dance. And that’s *after* the dance lessons.

If you actually want to see someone take on Zimbardo’s claims with evidence, I could do no better than Andrew Przybylski from the The Oxford Internet Institute debating him on the BBC.

And amazingly, the full Guardian interview is full of even more clangers. Can’t wait for the book.

9 thoughts on “Philip Zimbardo has a theory”