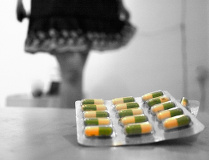 If you want to know how your average reasonable mainstream medical psychiatrist thinks about mental illness, Aeon magazine has a good piece that captures where many are coming from.

Now before you (yes you) Dr average reasonable mainstream medical psychiatrist, says that you don’t agree with all of it, I’m not suggesting it’s a manifesto, but it does cover a great deal of the mainstream.

We could argue a few points over some of the empirical claims, but it’s a surprisingly good snapshot in the round.

Probably the most important thing it underlines is that most psychiatrists are less obsessed with diagnosis than people who are are obsessed about the fact that psychiatrists make diagnoses.

Most psychiatrists typically don’t think that ‘every diagnosis is a disease’ and recognise the fuzziness of the boundaries – as indeed, do most medical professionals.

The article also highlights the fact that the medicalisation of emotional distress is driven as much by public demand as it is by drug company profiteering. People like pill-shaped convenience and drug companies make it their business to take advantage of this.

I would also say that the piece reflects mainstream psychiatric thinking by what it leaves out: a sufficient discussion of the psychiatric deprivation of liberty and autonomy – and its emotional impact on individuals.

Considering that this is the thing most likely to be experienced as traumatic, it is still greatly under-emphasised in internal debates and it remains conspicuous by its absence.

Link to ‘A Mad World’ on Aeon magazine.

3 thoughts on “A modern psychiatry”