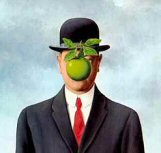 The Boston Globe looks at the increasing evidence against the idea that there are some universally expressed facial emotions.

The idea that some basic emotions are expressed universally and have an evolutionary basis was suggested by Darwin in his book The Expression of the Emotions in Man and Animals.

The concept was further explored by psychologist Paul Ekman who conducted cross-cultural research and reported that the expression of anger, disgust, fear, happiness, sadness and surprise were universal human characteristics.

However, these ideas have recently been challenged and a debate recently kicked off in an issue of Current Directions in Psychological Science and the Globe article does a great job of covering the fight and its fall out.

…psychologists Azim Shariff and Jessica Tracy detail accumulated evidence that they argue makes the case for an evolutionary view of emotional expressions [pdf]. Some, they say, may have evolved for a physiological purpose — widening the eyes with fright, for instance, to expand our peripheral vision. Others may have evolved as social signals. Meanwhile, in a commentary, Barrett lays out a point-by-point counterargument [pdf]. While humans evolved to express and interpret emotions, she contends, specific facial expressions are culturally learned.

Barrett believes that the universality of recognizing facial expressions is “an effect that can be easily deconstructed,” if, for instance, subjects are asked to give their own label to faces instead of choosing from a set of words. In another recent paper [pdf] in the same journal, she argues that a growing body of research shows our perception of facial expressions is highly dependent on context: People interpret facial expressions differently depending on situation, body language, familiarity with a person, and surrounding visual cues. Barrett’s own research has shown that language and vocabulary influence people’s perception of emotions. Others have found cultural differences in how people interpret the facial expressions of others — a study found that Japanese people, for instance, rely more than North Americans on the expressions of surrounding people to interpret a person’s emotional state.

A fascinating discussion that tackles a taken-for-granted psychological assumption that is now being challenged.

Link to Globe piece on culture and facial expression.

7 thoughts on “A culture shock for universal emotion”