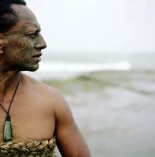 Dana has an eye-opening article on the challenges of doing brain research in cultures that don’t share the same assumptions about science and human nature.

There are several sections of the article which turn our research assumptions on their head, owing to the fact that some common principles of ethical research turn out to be based on quite a narrow view of human values.

The idea that donating tissue is simply a matter of individual choice is not a belief held by many communities who believe that all people are interconnected – making individual donations a group decision.

The article touches on an example from the Havasupai people and a similar situation was discussed in an All in the Mind interview with a Maori neuroscientist.

However, I was particularly struck by this part on confidentiality which is often assumed to be the bedrock of human research.

Confidentiality poses another ethical challenge to researchers working with indigenous peoples. Participants in academic studies are invariably anonymous, but in many Native cultures, not identifying oneself, one’s family, and one’s homeland is unacceptable. Anonymity, they believe, undermines the cultural fabric of the community, and is akin to stripping its members of their traditions and beliefs.

4 thoughts on “A culture shock in brain ethics”