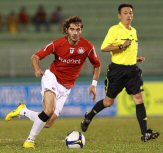 Expertise seems to work most effectively in the unconscious mind. An intriguing new study on predicting the outcome of football matches suggests that a period of unconscious thought, at least for experts, is most effective for accurately calling the result.

The research was led by Dutch psychologist Ap Dijksterhuis and involved asking hundreds of Dutch students to rate how much they knew about football and call the outcome of four matches from the football league in Holland.

In the first experiment, the participants were split into three groups, and after being given the matches to predict, were either asked to respond immediately, or were asked to give their answer after thinking about the outcomes for two minutes, or, alternatively, after completing a ‘2-back’ working memory task for two minutes – designed to keep the conscious mind occupied.

The initial results are a blow to sports pundits everywhere. Overall, expertise barely accounted for any ability to predict matches accurately. In fact, knowledge of football accounted for less than 2% of overall match calling success.

Nevertheless, when experts were compared to non-experts, the ability to strike home with a prediction was significantly improved by a period of non-conscious thought – that is, spending two minutes doing the ‘2-back’ task before answering.

The amount of success predicted by expertise was still low, just under 7%, but the power of expertise more than tripled.

In contrast, deliberately analysing the matches for two minutes or responding immediately made expert predictions worse. This is also evidence against the ‘blink effect’, popularised by writer Malcolm Gladwell, as instant responses were not a success.

The researchers also ran a second experiment on World Cup matches to better understand why the unconscious mind was doing so well. They additionally asked participants to guess the world ranking of each team – the biggest single predictor of match success in the tournament.

World ranking was the single most useful piece of information in guessing World Cup scores, but even when people had accurate rankings, they tended to discount this information when given time to consciously mull it over. Perhaps there were distracted by a star player being off-form, or tabloid revelation about the team, or superstitions about playing in the away strip.

It’s not that these don’t have an effect, but that the conscious mind can give them undue weight.

The idea is that the unconscious mind is ticking away in the background and working on the problem, and that this is more effective than giving a rushed answer or one where the conscious mind is given free reign to override what’s going on in the ‘back of our minds’ with potentially irrelevant detail.

Looking at the bigger picture, the researchers used a similar choice for picking match outcomes as the football pools – a popular lottery-style form of gambling where punters predict matches as a wins, losses, draws and so on.

On the individual level the absolute boost in accuracy is small, but over the long-term or in syndicates, punters could significantly raise their chances by relying on unconscious deliberation.

Although it’s probably worth saying that chances are likely raised from minuscule to tiny, so you’re unlikely to be cashing in big time.

4 thoughts on “The unconscious expert”