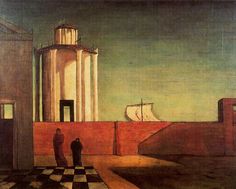 One of the most commented-upon posts on this blog is this from 2009, ‘Exploding head syndrome‘. The name stems from the 1920s, and describes an under-documented and mysterious condition in which the suffer experiences a viscerally loud explosion, as if occurring inside their own head.

I’m reading V.S.Naipaul’s “The Enigma of Arrival”, and the autobiographical main character experiences the same thing. Here we are on p93 of my edition of that novel:

In this dream there occurred always, at a critical moment in the dream narrative, what I can only describe as an explosion in my head. It was how every dream ended, with this explosion that threw me flat on my back, in the presence of people, in a street, a crowded room, or wherever, threw me into this degraded posture in the midst of standing people, threw me into the posture of sleep in which I found myself when I awakened. The explosion was so loud, so reverberating and slow in my head that I felt, with the part of my brain that miraculously could still think and draw conclusions, that I couldn’t possibly survive, that I was in fact dying, that the explosion this time, in this dream, regardless of the other dreams that had revealed themselves at the end as dreams, would kill, that I was consciously living through, or witnessing, my own death. And when I awoke my head felt queer, shaken up, exhausted; as though some discharge in my brain had in fact occurred.

One thought on “a literary case of the exploding head”