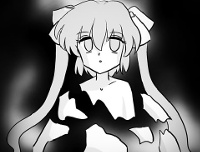 BBC Radio 4 is currently running a fascinating four-part series called The Borders of Sanity on the interaction between culture and mental illness.

It’s been put together by cultural historian Christopher Harding and takes an in-depth look at four particular instances where culture and mental health interact, perhaps in seemingly curious ways if you weren’t familiar with the culture.

It includes episodes on Depression in Japan, Sweden’s Adolescents, Hearing Voices in the UK, and the one to be broadcast next week Healing in Ghana.

The only downside is it’s one of BBC Radio’s occasional programmes that they only make available as streamed audio from their website – presumably to give it an early 2000s internet feel.

However, well-worth a listen. Genuinely fascinating stuff so far.

Link to BBC Radio 4’s The Borders of Sanity.