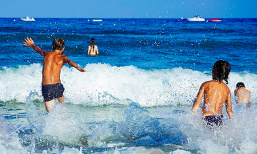 If you’re a neuroscience fan, Marketing magazine has a somewhat depressing report of a Susan Greenfield speech to the travel industry at the ABTA conference in Croatia.

It’s sad for two reasons. Firstly The Baroness is still pursuing the same bizarre and evidence-free line that the internet causes all sorts of brain curdling problems and even doubles down on her odd claim that there’s a link with autism:

“People who are not good at interpersonal skills anyway are on the autistic spectrum disorder, they spend a lot of time in the cyber world. Sadly there are a lot of links between this disorder and compulsive video game use.”

She also says some very strange things about the effects of video games and what gamers are like:

They will have a higher IQ because we know that video game rehearsal repeats all the mental agility that is required of IQ tests. However, being good at mental processing without being able to make connections or understand context doesn’t mean to say that you understand about Syria or the economic problems of the world.

Playing video games means you don’t understand the complex situation in the Middle East? An outrageous claim. Has she never played Call of Duty 4?

However, it’s also a little sad because she’s now doing presumably paid talks to travel conferences to say that while technology damages the brain, travel is good for it.

Greenfield was genuinely one of my scientific heroes and motivated me to get into neuroscience through her talks. And now, it’s all gone a bit Donkey Kong.

Link to The Baroness on the cyberapocalypse / holiday cure.

4 thoughts on “The grass is always greener”