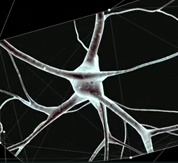 Two neuroscience projects have been earmarked for billion dollar funding by Europe and the US government but little has been said about what the projects will achieve. Here’s what we know.

The European Commision has just awarded half a billion euros to the Human Brain Project – a development of Henry Markram’s Blue Brain project which has made impressive biologically detailed computational models of cortical columns from the rat brain.

The Human Brain Project sells itself as aiming to “simulate a complete human brain in a supercomputer” but this is clearly bollocks.

It’s interesting that this claim makes the press kit and the flashy video but the actual report (pdf) has much more sober claims about ‘simulating brain dynamics’ and the like.

But it’s important to realise that while their big sell is nonsense, the project is likely to genuinely revolutionise neuroscience in a way that could push the field light years ahead.

What Markram has realised is that the single biggest barrier to progress in neuroscience is the co-ordination, sharing and integration of data.

Essentially, it’s a problem of information architecture but quite frankly, you can’t sell that to politicians and they can’t sell it to the public. Hence the ‘simulating a complete human brain’ fluff.

What the project aims to do is co-ordinate neuroscience teams looking at neurobiology, cognitive neuroscience and computational modelling and give them the tools to easily share data with each other.

One of the big pay-offs will genuinely be the creation of biologically feasible computer simulations of neural networks with the hope that these can be used for practical applications like virtual drug testing and computer-based experiments.

Markram has gained valuable experience of meshing heavy-duty computing with working lab teams and has recruited some of the world’s leading neuroscientists to the project.

Although the spin seems over-the-top scientifically this is an important project that, if successful, could be a scientific landmark.

In terms of the big bucks American counterpart here’s what we know – which, as it turns out, is not very much.

Obama has hinted at spending up to $3 billion on a neuroscience project. He made a vague reference to ‘brain mapping’ and the director of the National Institute of Neurological Disorders and Stroke eventually confirmed he was referring to the Brain Activity Map project – something outlined in a scientific article published in last June’s Neuron.

You can read the piece as a pdf but io9 has some good coverage if you want a summary.

But here’s the thing. The scientific article really just says the project would aim to ‘reconstruct a full record of activity across complete neural circuits’ and turn them into computer models and suggests some technologies that may be useful.

It’s along the same lines as the Human Brain Project but without committing to any details and admits we don’t currently have to the tools to achieve the aims. Even the NINDS director admitted that a ‘concrete plan’ has yet to be finalised.

In fact, considering the vagueness of both the science and the political response I suspect the sudden discussion of the Brain Activity Map project is as much a response to the European cash splash than a well-planned project that has been waiting to be funded.

Although the announcement is probably as much a political as a scientific move the implications are likely to be important.

If we assume that the US has committed to not being left behind by their European colleagues we are likely to see a decade of massive innovation in neuroscience.

We live in exciting times.

10 thoughts on “What will the billion dollar brain projects do?”