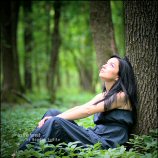 ScienceLine has an excellent article on ecopsychology – a branch of cognitive science that looks at the impact of the environment on the mind.

Originally considered a bit wishy washy due to a lack of hard data and more than a touch of hippie chic, it’s proponents are now starting to collect good evidence on the mental benefits of the natural world.

Don’t be put off by the spectacularly bad headline (“Can a Stroll in the Park Replace the Psychiatrist’s Couch?” – what?) as the piece actually asks some tough questions about the ‘ecopsychology’ approach and discusses some of the first controlled studies, including this wonderful example:

In green spaces, for example, people’s heart rates decrease, their muscles relax, and they become calmer. It’s the difference you feel when you leave behind a busy city street for a peaceful park.

A recent study by Ruckert’s advisor Peter Kahn confirmed these findings. First, Kahn stressed out his participants by giving them a series of math tests. Then he placed some people in front of a window overlooking a grassy lawn with trees, others in front of a large plasma television screen displaying the lawn in real time, and still others in front of a blank wall.

As expected, those in front of the window experienced the quickest drop in stress levels, as measured by their decreasing heart rate. Participants also spent far more time looking out the window and at the plasma screen than at the blank wall. But the researchers found an unexpected result.

“Surprisingly, the blank wall and the plasma screen were no different in terms of stress reduction,” said Ruckert. Their study indicates that gazing at an authentic natural space reduces stress, whereas a digital replica of nature soothes only as well as a boring blank wall.

Link to ScienceLine on ecopsychology (via and by @ferrisjabr).

5 thoughts on “A natural state of mind”