Quick links from the past week in mind and brain news:

More on our psychedelic drugs and psychiatry series: Nature’s The Great Beyond blog has an introduction to the series and The Guardian has a great overview from our very own Mo Costandi.

Time magazine asks why do heavy drinkers outlive non-drinkers? Your mileage may vary.

How good are we at estimating other people’s drunkenness? asks The BPS Research Digest.

IEEE Spectrum magazine has a good piece on attempts by commercial companies to get still-not-very-good ‘fMRI lie detection’ accepted into court.

There’s an excellent analysis of the recent study that found only 23% of people are without ‘personality disorder symptoms’ over at Neuroskeptic.

Fake patients and simulated symptoms are discussed in an engaging analysis of the (in)famous Rosenhan experiment at Frontier Psychiatrist.

BBC Radio 4 has a documentary on on the ‘Pont St Esprit affair’ where a French town went strange for a few days with the CIA suspected of spiking the townspeople with LSD. More commentary on the documentary maker’s blog here.

There’s an excellent essay on taking the science vs post-modernism debate beyond extremism over at Fistful of Science.

Wired Dangerroom notes that the head of the US Military in Afghanistan has been making snide comments probably referencing the Human Terrain System – the military’s crack team of ‘weaponized anthropologists’.

Zipf’s law, the long-tail and the pattern of common and lesser-spotted words in language are tackled over at Child’s Play.

The New York Times has an extensive article asking can preschoolers be depressed?

You know those visual illusions that are two pictures at once but you seem to be only able to see one at a time and ‘flip’ between them? New Scientist discusses how the brain makes the switch.

Spoonful of Medicine briefly covers a study finding that regular cannabis smokers are more sensitive to pain than non-smokers.

My brief piece on strange objects that get stuck in MRI scanners is up at Wired UK: “An MRI machine disarmed an off-duty US police officer… The gun was pulled by the magnetic force, jamming her hand between the pistol and the machine and trapping the officer.”

Frontal Cortex covers the identifiable victim bias, where we’re more likely to have sympathy with individual victims than groups, in light of the trapped miners in Chile.

People who do ‘mental work-outs’ seem to get Alzheimer’s later than other people, but they can be hit harder when it strikes, according to new research covered by Science News.

Neuroanthropology has one of its last posts on its old site on how the Sapir-Whorf hypothesis (words shape our thoughts) gets inappropriately bashed as ‘dead science’. You know the blog has moved right?

There’s a piece on Bronze Age brain surgery over at New Scientist.

Advances in the History of Psychology blog is back after its summer recess.

All hail the launch of Philosophy TV. Looks great.

The Beast File has a brilliant video giving a visual guide to the history of MDMA / Ecstasy.

Experimental philosophy is discussed by Joshua Knobe, one of the field’s founders, over at Philosophy Bites.

The Human Edge over at National Public Radio asks if believing in God is evolutionarily advantageous.

Oliver Sacks is interviewed on NeuroTribes where he talks about his forthcoming book and his own experience of spectacular hallucinations that occurred after he developed a tumour behind his retina.

NeuroTribes is a new blog by ace science writer and Wired veteran Steve Silberman. It is part of the new PLoS science blog network and in the inaugural post Silberman has scooped a fascinating interview with the great neurologist and raconteur himself.

Here he discusses how his hallucinations, caused by the brain trying to ‘fill in’ or ‘guess’ what should be in the damaged part of the retina, are affected by smoking pot.

I also had — and still have — almost continuous hallucinations of a low order: geometric things, especially broken letters, some of them like English letters, some like Hebrew letters, some like Greek, some runes, and some a bit like numbers. They tend to have straight lines rather than curves, but they rarely form actual words. This is not something I said in the book, but if I smoke a little pot, they sometimes become words. And they tend to be in black and white — but when I smoke a little pot, they’re in color.

Silberman: That’s wonderful. What do the words say?

Sacks: Short English words of no particular significance like “may,” or pseudo-words, like “ont.” Also, since my back surgery last year, I’ve been on nortriptyline, which is supposed to block the gating mechanism for pain in the spinal cord. I only take a small dose, because it gives me an intensely dry mouth. But even the small dose has a striking effect of enhancing dreams and involuntary imagery, and upgrading my hallucinations from black-and-white to color, and from geometric patterns to faces and landscapes.

The interview is both playful and profound and makes a great teaser for his forthcoming book, which apparently, is due out in October. 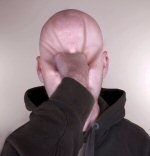 A study just published in the British Journal of Psychiatry has found that only 23% of the population are without symptoms of personality disorder.

If you’re not familiar with it, personality disorder is a somewhat controversial diagnosis which essentially classifies people who we might otherwise called ‘extremely difficult’ but to the point where they cause themselves significant life problems.

This new survey used the standard diagnostic criteria, but instead of giving people a “you’ve got it or you haven’t” all-or-nothing diagnosis (given when a certain threshold of symptoms are reached) the researchers totalled up the symptoms to make a sliding scale.

The study found that even those who wouldn’t qualify for a diagnosis but still had some symptoms were more likely to have had a history of running away from home, police contacts, homelessness and sexual abuse and were less likely to be employed.

Of course, what the study could be describing is simply that people who have had a rough time come out the worst for wear.

The question is not so much whether this is a high or low figure, but at what point psychiatry and mental health services should offer assistance.

For many years psychiatry has been suffering from ‘mission creep’ where things previously thought to be unhelpful but normal (e.g. low mood after a divorce, shyness) have become classified and promoted as mental illnesses with the accompanying pharmacological treatment.

At what point we decide that something is a mental illness has become one of the central psychological and cultural questions of the 21st century.

Link to summary of study at the British Journal of Psychiatry.